The history of the Head Forward Centre can be traced to 1978, when the first head injury support group in the North West of England was established at the Manchester General Hospital. This group met on a monthly basis and was run by one of our founders (Desmond Flanagan), a mental health psychologist whose son had acquired a severe head injured in 1976. From 1980 to 1999 this support group was affiliated to the charity Headway. However, in 2000, due to the lack of day centres addressing long-term needs of TBI survivors, support groups from North Manchester, Salford and Stockport combined their efforts and formed a charity called Greater Manchester Headway House Project. Initially, the Headway House was based in a former A&E unit of the Manchester Withington General hospital. In 2004 we moved to our present location at the Methodist Church in Withington and renamed as the Head Forward Centre [HFC]. 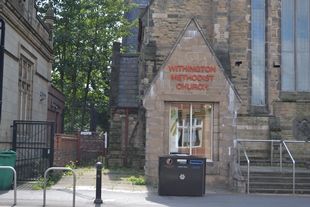